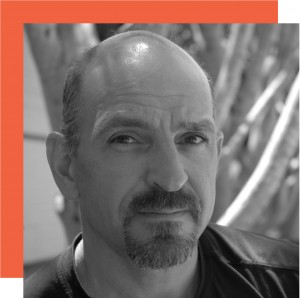 In pursuit of truth about self, place, community and landscape it is important to observe the artifacts abandoned or deemed obsolete by a culture. The discarded objects are what later becomes the identity for historical significance.  The importance is determined through the recognition of formative elements that made that culture.  In Tenets of Prior, objects are interpreted as significant through function, aesthetic interest, and significance to the region. Each of the objects was selected for the composition to form a narrative about the Broadway Corridor. The objects are coated in black to flatten them and remove individuality and form – each is reduced to a silhouette of its prior dimensional self. To further this intent, the elements of the work are then placed and framed by the windows that naturally light them from outside, casting positive and negative shapes into the space.

Andrew Connelly was born in New York USA in 1963 Andrew Connelly has been a practicing professional artist since the early 1990’s. Mainly noted for installation, performance and mixed media sculpture, Connelly has exhibited his works in contemporary museums and alternative gallery spaces around the US most notably Forum For Contemporary Art St. Louis, Boca Raton Museum of Art, Tampa Museum of Art and at the Center for Contemporary Art Sacramento. His works have been published in Art in America, Art Week, New Art examiner and the Village Voice. In 2010 Connelly spent a sabbatical semester making and exhibiting his work in New Delhi, India and since his return has had works in Valdivia, Chile, Cuernavaca, Mexico and Leticia Columbia, with an artist collective called ARTNUATS. Connelly holds a BFA from Alfred University and an MFA from University of Colorado Boulder and attended Skowhegan School of Painting and Sculpture, Madison, MN. He is currently a professor at Sacramento State University where he has been teaching sculpture, installation and performance art since 2003. Previous Connelly taught at University of Colorado, Denver, Washington University, St. Louis and Ringling School of Art and Design, Sarasota FL. http://andrewconnellyart.com/

Suspended transparent scrims lead the viewer through the architectural exhibition space and also through time.  Sequential images embedded in to the fabric examine the transformation of the Broadway Area from before civilization up to, and past the present day.  Barely visible, each picture tells a story of the same local environment.  By looking through the array, the images can all be seen together, creating a cumulative sapce and time-oriented compilation of this Sacramento location.

Chris Daubert is an artist, writer and curator who lives in California’s Central Valley.  He has exhibited his drawings, paintings and large multi-media installations locally and nationally for many years.  His work has been shown at the Yerba Buena Center for the Arts and New Langton Arts in San Francisco, The Crocker Museum and b. sakata garo in Sacramento, and numerous other locations.  Born in Oakland, he was one of the artist/founders of the non-profit gallery ProArts.  Since moving to the Sacramento Area, he has served as the curator of the Richard L. Nelson Gallery at the University of California Davis, and the Gregory Kondos Gallery at Sacramento City College. He also served as chair of the Exhibition Committee of the Center for Contemporary Art, Sacramento.  He is currently the Chair of the Art Department at Sacramento City College where he is professor of Painting and New Media.  In 2014, with collaborator Eve Aschheim, released the book, Episodes with Wayne Thiebaud, a collection of interviews with the painter. I like to create environments where viewers are able to become aware of the relationship between their perceptual understanding of a space and their powers of recognition of both patterns and obscured images as they become apparent. http://www.chrisdaubert.com/ 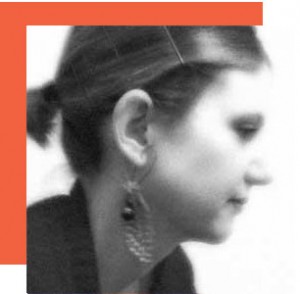 As a community searches for identity, introspective and descriptive identity forming materials can take many forms. The installation Revealing Broadway uses interactive tools to invite groups of people to congregate in order to reveal a map, customized by a photographic and sketched exploration of the community.  As more participants come together in the interactive space, more of the map is revealed.  This art installation offers a visual and interactive representation of a community, in a space that makes room for playful introspection as a group.

An interest in patterns and people brings artist Emily Schleiner’s work into a zone of symbolic imagery, interactive installations, video sculptures, and short-films. Born in Davis, California, she completed her MFA in Performance and Interactive Media Arts at Brooklyn College in New York, embracing ensemble-style collaborations with artists from multiple disciplines and partaking in the emergent creative process of group art-making.  Her work has shown in the Play With Fire Video Art Festival (2009), Marian Spore Museum in Brooklyn (2009), in N 68 Media Labs in Brooklyn (2010), and she is an award winning exhibitor in The Consilience of Art and Science Juried Exhibition of UC Davis’s Art/Science Fusion Program at Pence Gallery.  She has presented at the Consciousness Reframed International Research Conference in Trondheim, Norway (2010), and at Oddball Film and Video in San Francisco (2011-2012), at the Ninth International Conference on Technology, Knowledge and Society in Vancouver, Canada and the AVANCA Film Festival in Portugal in 2014. http://www.cordial-emily.com/c.v.html 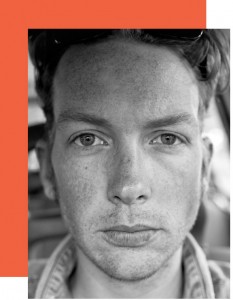 The images included in Broadway Re-imagined were collected in the summer months of 2014, along the 11th-21st street corridor that will host the pieces for Broadway Augmented. Through daily walks up and down that area I familiarized myself with the patterns of the street. A combination of portraits, detail shots, and wide angle landscapes of the street help me to compose this brief account of life and commerce on one of Sacramento’s most famous mixed-use thoroughfares.

Mark Lanning, Jr. is a local artist and graduate of Sac State with a BA in photography and MA in Art, where he worked with Rachel Clarke.  He works regularly in commercial photography and video. Some of his work has just been published in an ambitious book out of New York by Mossless Magazine titled “The United States: 2003-2013.” It’s an anthology of documentary work made in the last decade by over 100 established and emerging photographers (including Youngsuk Suh of UC Davis). Some of his prints were recently exhibited in NYC for the book’s release. http://marklanningjr.com/